HomepageBlogBusinessBudget – 2017 another blow to Self-employed

Budget – 2017 another blow to Self-employed 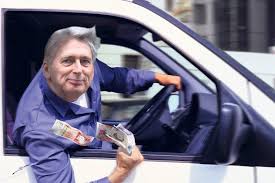 In this picture Philip Hammond is laughing and looking like he is throwing cash but in my prospective view actually he has collected or grabbed hard earned money of Self-employed people today when he has announced  in spring Budget-2017 that the main rate of National Insurance contributions for the self-employed to increase from 9% to 10% in April 2018 and 11% in April 2019.

Govt already had cut the flat rate VAT scheme for service industry, which will lead to closure of small businesses who are running on very low margins and have a low turnover in the beginning. It has shattered the dreams of millions to work as self-employed person. Now if someone wants to take a chance to become self-employed that person will think 100 times to take that step as the cost involved in becoming self-employed is increasing.

We would suggest in that case opening Limited company is better option rather than becoming self-employed. For contractors we provide £60 per month accounting.

Philip Hammond has delivered his first Budget as chancellor. These are the main key points for Self-employed/ sole trader business.